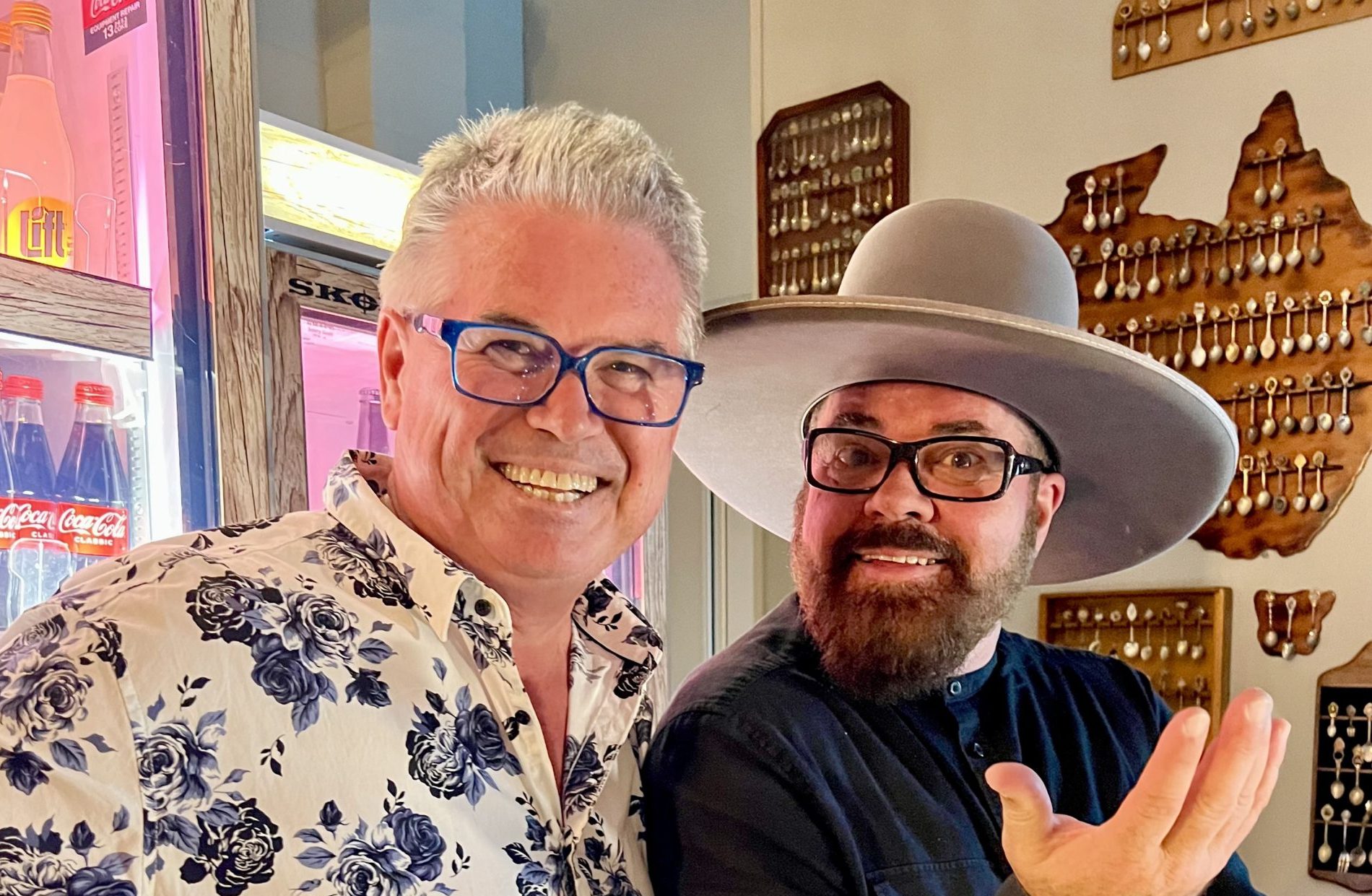 DON’T CHANGE A THING, FOR ME!

Are you’re thinking, where have I heard that from?

It’s the last line in the chorus of the iconic INXS song Don’t Change – according to Andrew Farriss the last song INXS played at every show but 1 – their record-breaking 1991 Wembley Stadium show!!

Andrew Farriss is a remarkable story & he had to change.

We share a little bit of it here. An inspiring story if you are re-igniting your professional career & pursuing your passions – your Devil Inside!

Recently, I was looking for a night out & an upcoming activity & small show was coming in town Andrew Swift & Andrew Farriss.

Along with Michael Hutchence as lyricist, Andrew & Michael were the key musical forces behind INXS & he was coming to town at a local cafe to perform….Wow!!

What a great opportunity, so I snapped up the last three tickets & we went along to see a guy that has influenced my teenage & early adult years as he has for so many people around the world with INXS.

A brilliant opportunity to get a few INXS albums signed by one of the guys who wrote them.

So, I took in ‘Shabooh Shoobah’ because of Don’t Change, The ‘Kick’ album because Andrew & Michael wrote the whole album together & finally ‘Live Baby Live’ the 1991 Wembley Stadium live performance.

We arrived at Oodie’s Cafe, which we know is small (about 80 people), so wanted a great seat & there are 4 microphones, a few guitars & speakers set up the front.

Andrew Farris was going to play his new album – I didn’t want to miss out on getting the vinyl copy so got it beforehand had dinner and then we waited for the show.

Let me put this into context. During INXS Andrew bought a farm just outside of Tamworth – Australia’s Country Music Capital & he lives there today.

Exploring country music influences, still writing music & outside of CoVID restrictions, trying to perform where possible. I’m not a big country music fan but I thought you know he is music royalty – so I wanted to see it first-hand.

Andrew came on & he opened with Don’t Change by INXS – he had me in the first milliseconds of the evening!!

He then went on to play a mix of his new country / folk music off his ‘Andrew Farris’ album and his new EP ‘Love Makes the World’ … we really enjoyed the music…the evening it was incredible.

Records to be signed & broken

Here in my hands, I had an album I was going to get him to sign from when they performed in front of 72,000 people at Wembley & here, he was tonight in front of 80 of us having a blast, not letting the audience down.

Whilst of course we were happy to hear some INXS songs & we were rewarded with ‘Beautiful Girl’ ‘Need You Tonight’ and the iconic ‘Never Tear Us Apart’ his new music was fantastic & just as brilliant to hear.

I couldn’t miss the chance during the intermission break between acts to get his signature on the vinyl albums & have a short discussion. Armed with my INXS albums & his new one I caught him at half time to sign them for me.

He was an incredibly accommodating guy – loved to be back in front of audiences plying his craft as the last few years had been very difficult for artists.

For someone, who many of us looked up to – he was just a really nice, humble guy.

He hadn’t seen the ‘Live Baby Live’ Wembley Stadium album before – it was his first time when he signed it. I recalled having seen them Adelaide several times & Singapore in Canning Park & here I was in the local café witnessing him perform.

I have been thinking about this ever since.

Andrew & his peers were at the top of their game before tragedy struck with Michael – yet his passion for music remains.

Andrew re-ignited his love for music, reinvented the style of music he delivers & continues his pathway to create a new journey for himself – it really is quite inspiring.

Not that long ago in the 80s INXS were up there with U2, R.E.M., Bon Jovi as the biggest band in the world – playing in front of 72,000 people at Wembley Stadium then the great Michael Hutchence passes away. The essence of being in INXS was suddenly all different.

Everyone can draw inspiration in how he’s re-ignited his music passions (not that they probably ever went away), re energised his love for music pursuing his country & folk roots & pursued his own path of a solo career.

A few weeks ago he acknowledged the 25th anniversary of Michael’s passing.

Andrew Farris is a tremendous example that many can follow.

Re-thinking how you approach your career, re-imagining yourself & re-invigorating yourself to tackle those topics that you’re passionate about – now is the perfect time.

His passion, incredible musicianship & energy for his music was something that I found super inspiring.

Andrew, we wish you all the best in your touring, your new music & I hope others are going to enjoy re-imagining & re-invigorating opportunities & pursuing their passion like yourself!

That’s what we have done here at Creating Edge.

Want to join the discussion?
Feel free to contribute!

We Miss The Corporate World!
Scroll to top

This site uses cookies. By continuing to browse the site, you are agreeing to our use of cookies.

We may request cookies to be set on your device. We use cookies to let us know when you visit our websites, how you interact with us, to enrich your user experience, and to customize your relationship with our website.

Click on the different category headings to find out more. You can also change some of your preferences. Note that blocking some types of cookies may impact your experience on our websites and the services we are able to offer.

These cookies are strictly necessary to provide you with services available through our website and to use some of its features.

Because these cookies are strictly necessary to deliver the website, refusing them will have impact how our site functions. You always can block or delete cookies by changing your browser settings and force blocking all cookies on this website. But this will always prompt you to accept/refuse cookies when revisiting our site.

We fully respect if you want to refuse cookies but to avoid asking you again and again kindly allow us to store a cookie for that. You are free to opt out any time or opt in for other cookies to get a better experience. If you refuse cookies we will remove all set cookies in our domain.

We provide you with a list of stored cookies on your computer in our domain so you can check what we stored. Due to security reasons we are not able to show or modify cookies from other domains. You can check these in your browser security settings.

These cookies collect information that is used either in aggregate form to help us understand how our website is being used or how effective our marketing campaigns are, or to help us customize our website and application for you in order to enhance your experience.

If you do not want that we track your visit to our site you can disable tracking in your browser here:

We also use different external services like Google Webfonts, Google Maps, and external Video providers. Since these providers may collect personal data like your IP address we allow you to block them here. Please be aware that this might heavily reduce the functionality and appearance of our site. Changes will take effect once you reload the page.

The following cookies are also needed - You can choose if you want to allow them: